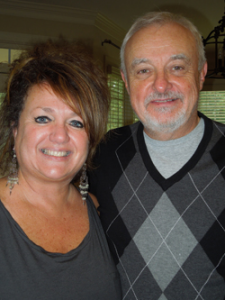 Kevin Mannix and Linda Rota will be at the Ossipee Public Library on Monday October 3 at 6:30 pm for a book talk and signing.  Kevin and Linda collaborated in sharing their stories in the book”Weathering Shame,” a personal journey of shame and stigma that resulted from growing up exposed to alcoholism, severe depression and suicide. Their goal is two-fold: to encourage others to embark on their own journey of self-discovery and to encourage society to become more compassionate and less stigmatizing.

Kevin Mannix is best known as one of Maine’s most popular television weathermen.  Serving the broadcasting world for over forty years,  Mannix was part of the WCSH 6 Portland and WLBZ 2 Bangor weather teams from 1989 to 2014, where he forecast the weather for Maine and New Hampshire on the NEWS CENTER Morning Report.

This book talk is free and open to the public.  Books may be purchased for $21.00.