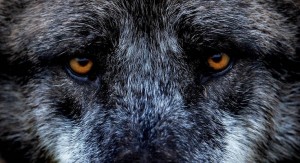 Christine Schadler, M.S., Conservation Biology [Wild Canid Ecologist] will present a program on the Eastern Wolf at the Ossipee Public Library on Thursday, October 1, 2015 at 6:30 pm.

Chris earned a M.S. at Antioch University Graduate School.  Her thesis focused on the natural recovery of the Eastern Timber Wolf in Michigan.

Beginning in the early 1990’s, Chris taught Conservation Issues, Dendrology and Wolf Ecology at the University of New Hampshire, receiving many teaching excellence and student recognition awards.  She continues to instruct and mentor adult degree candidates in the UNH System at Granite State College.

While wolf recovery was the focus of her early work, Chris’ attention shifted to the eastern coyote when she moved to New England.  She chose a farm with known coyote problems to raise sheep and experiment with non-lethal predator control.  Using sound livestock management and common sense, she avoided predation for two decades. Chris has provided talks to livestock growers and the general public for 30 years on coexisting with coyotes.

Chris is now the Representative for Project Coyote in NH and VT, and a member of the Northeast Wolf Coalition, and divides her time between teaching and working on her book “Becoming Wolf:  The Eastern Coyote in New England”.  Between presentations she can be found at camp in northern New Hampshire researching coyote feeding patterns and responding to the occasional wolf.